With each passing day, Kylie Jenner and Travis Scott are leaving fans guessing if they are engaged or not. There is a growing hint that they might just be engaged, after all, they are both comfortable calling each other “wife” and “hubby,” they are parents to a beautiful daughter, an most importantly, Kylie Jenner can be seen wearing a massive diamond ring on her engagement finger.

Jenner gave fans a sneak peek by sharing a picture on her InstaStory with her hand on the steering wheel. Whether or not is wanted to get her followers talking, or it was just a low-key announcement, it is evident that the massive diamond is a worthy engagement accessory.

Although the picture is no longer on her InstaStory, you can still see the ring in this pink-mani picture on her IG page.

Have a look at the impressive diamond on her finger, just above her pinky. Still not convinced, then look at another shot that shows the same ring on her finger. She tried her best to hide it, but you can catch a glimpse of the silver band on the ring. 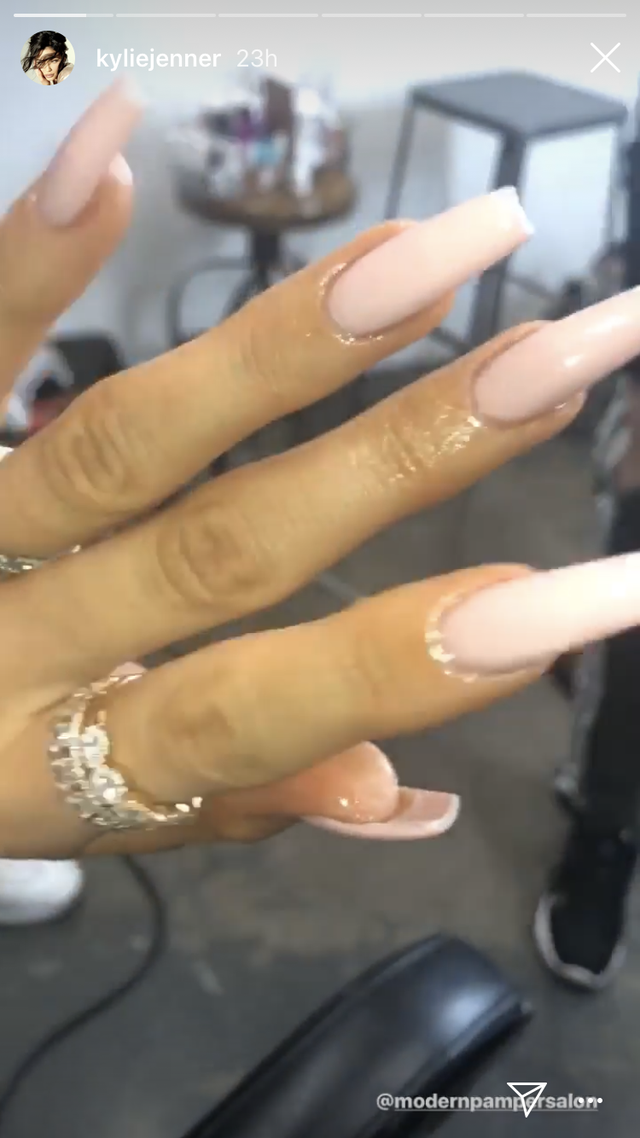 Rumor has it that Travis Scott did propose to Jenner during the Super Bowl. Well, it looks like he did behind closed doors. Immediately after the game, Scott posted a picture on his IG Story, showing Jenner wearing a ring similar to the one above. 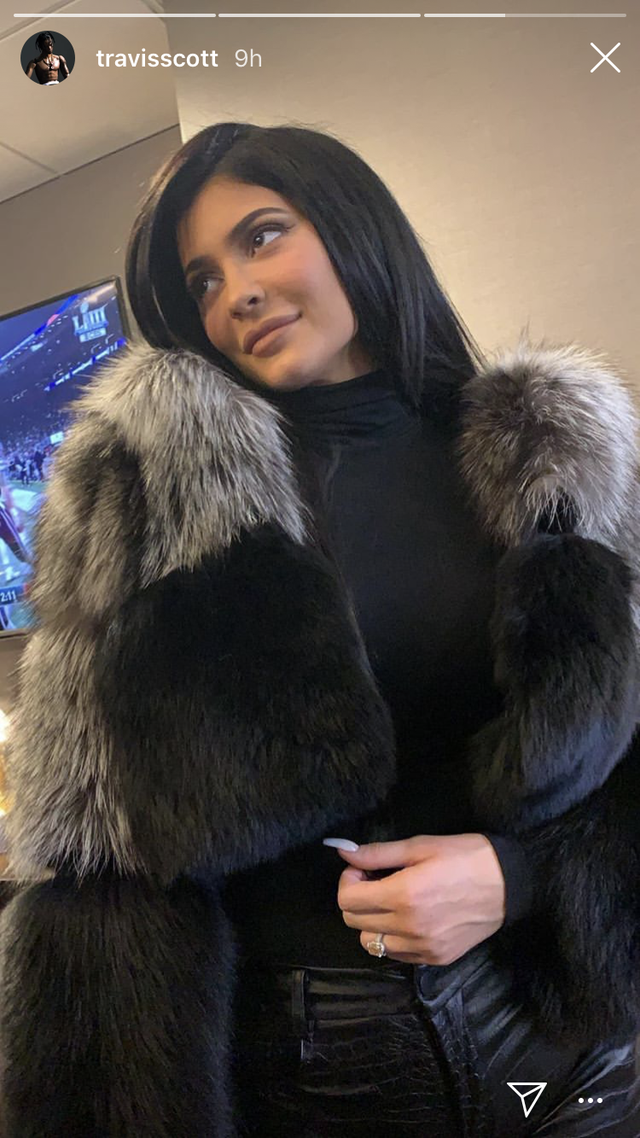 In all honesty, Jenner is wealthy enough just to go out and buy herself a diamond ring; after all, she has worn a ring on her left finger before. But until an official announcement comes out, we can only but speculate if Travis Scott did go down on one knee and ask her the all-important question at the Super Bowl.